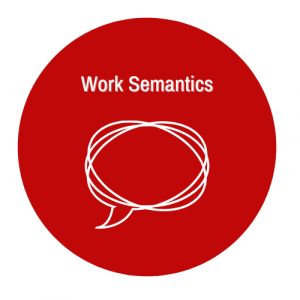 This issue focuses on historical semantics as a new approach to labour and social history. Historical semantics have long time been primarily understood as a linguistic subdiscipline or as a subfield of area studies. It is only in recent years that more and more historians refer to it as a relevant methodological approach to history in general. Yet, up to today, no standard definition, no handbook or introductory literature exists on what historical semantics means to historians. Historical semantics, it seems, stands in contrast to a traditional history of concepts. While the history of concepts – both in its German (Otto Brunner, Werner Conze and most importantly Reinhard Koselleck) and in its British (Quentin Skinner and the Cambridge School) traditions – is conceived as intellectual history of political thought, historical semantics adheres to a more materialistic and more comprehensive approach to language analysis. Instead of taking ideas and abstract lead terms as a starting point for historical analysis, the semantics approach studies situations of word usage (“Situationen des Wortgebrauchs”, Ludolf Kuchenbuch) as semantic representatives and producers of contextual social taxonomies and power relations. By doing so, this approach owes much to Michel Foucault’s notion of “microphysics of power” and his idea of an “archaeology of knowledge”. Yet, other than in classical discourse analysis, the historical semantics approach calls for a much more radical historical contextualization. The study of social change as a historical anthropology of scripture (“Schriftanthropologie”, Ludolf Kuchenbuch) is understood as a constant searching movement between the onomasiological and the semasiological level of analysis.

This new interest in historical semantics as an approach to social history has met with the rise of digital humanities and its new possibilities of textual analysis and data mining. Here, historical semantics serves as one of the primary battlefields for ongoing debates on the use of computational tools for textual analysis. While supporters of quantitative analyses of digitized mass corpora celebrate the computer’s agnostic way of recognizing semantic patterns and modelling topics, adherents of classical hermeneutic interpretation, in return, warn that the external exploitation of data through computer-based pattern detection must go hand in hand with careful introspection.

The computer, by being “semantically speaking blind” (Silke Schwandt) and calculating algorithms, raises the awareness for the blind spots of classical hermeneutic interpretation and points to the patterns we would otherwise have overlooked. At the same time, textual data mining risks to create new contortions and blind spots due to programming errors or a naïve trust in technology. Thus, how to combine human and computational reading, how to bring together close and distant reading is one of the main methodological challenges discussed in historical semantics.

Working group 1 of the COST Action WORCK has tried to make us of the historical semantics approach by studying and comparing the semantic structure and language use of documents from different world regions and time periods dealing with labour and coercion. The results of this collaborative work are presented in the special issue. The issue is divided into three parts. The first part gives an introduction into the historical semantics approach and presents the conceptual objectives and methodological decisions of the working group. The second part contains the case studies presenting semantics of labour coercion in very different historical contexts. The third part, finally, discusses the benefits of historical semantics and the role of digital humanities for the field of labour and social history. 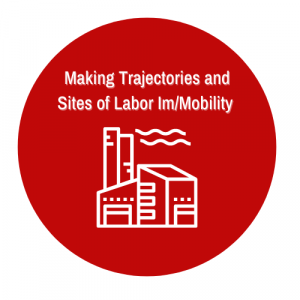 Labour migrations have been a major topic of discussion for migration scholars along the 20th century. In the first decade of the 2000s, following the formulation of the ‘new mobilities paradigm’, some labor scholars started to explore the possibilities of the concept of im/mobility as an interpretive framework for understanding processes of work and labour. The essays contribute to the continued cross-fertilisation between mobility studies and labour studies by exploring the theoretical and methodological prospects of focusing on particular assemblages of temporal-spatial practices that simultaneously compel and confine movement, while exploring labour coercion. Seven contributions will examine what it means to move, be moved, and be immobilised in particular sites and fields in the context of labor practices.

This special issue includes the contributions presented and discussed during the international conference “Sites and Intersections of Labour Im/Mobility” WORCK – Worlds of related coercions in work and, promoted by SISLav- Italian Society for Labour history, and MOHU-Centre for Advanced Studies in Mobility & Humanities at Padua University that was held on June 24-25,  2021, and hosted by Ca’ Foscari University of Venice.

The book ““To Move or Not to Move? Historical Perspectives on Labor, Coercion and Im/Mobility (16th–20th c.)” brings together researchers working on a variety of regions and periods to provide fresh perspectives on the study of labour im/mobility. It focuses on thematic research that engages with a broad range of workers’ experiences in order to deconstruct and rearticulate the polarisation between mobility and immobilization in labour history, and to analyse the complex relationship between the political economy of coerced labour and the im/mobility of the labour force. 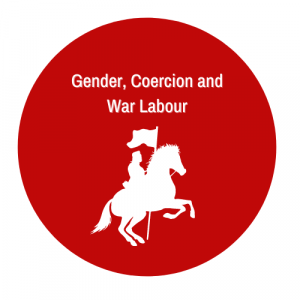 This special issue of Labor History will engage with labour and war in its many gendered forms, and will note that much of this labour is indeed coerced to various degrees. The time period is broad, and there are no geographical limitations.

The issue is planned for publication in 2023. 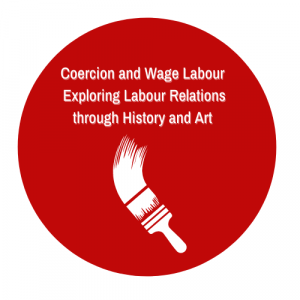 The forthcoming publication ‘Coercion and Wage Labour: Exploring Labour Relations Through History and Art’ addresses the relation between remunerated labour organisation and coercive production in multiple geographical regions and historical contexts from an interdisciplinary point of view. It explicitly challenges the conceptualization of wage labour as a form of free labour. Beyond the binary of free and remunerated vs. unfree and non-remunerated labour, it analyses moments and logics of coercion within labour relations mediated by remuneration (of all kinds) and/or contracts (of all kinds).

The aim of the anthology is to narrate stories of work and coercion through different interrelated mediums – such as text, sound and image – in order to reflect on and contribute to a broader discussion about how stories about the past are conceptualised, created and communicated. 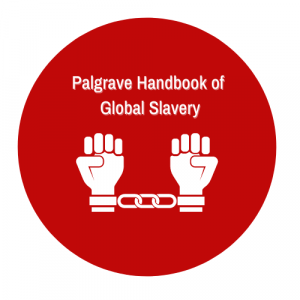 More information to be announced. 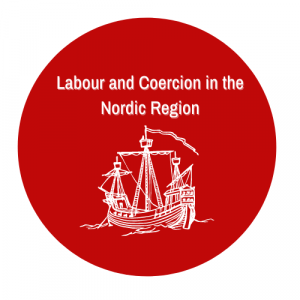 Labour and Coercion in the Nordic Region

The special issue, Labour and coercion in the Nordic region in the early modern period: Connections, ambiguities, practices,  will explore the practices of coerced labour in the Nordic countries in the period from the 16th to the 19th centuries from the perspective of the inherent interrelatedness of coercive labour regimes. The authors will analyse the porous and ambiguous boundaries between different types of coerced labour and the multifarious connections between various legal, social and cultural categories of labour and their historical trajectories. They intend to shed light on how labourers who, as runaways or illegal labourers, invented strategies to navigate a labour market shaped by interlocking mechanisms of coercion, surveillance and control. Taken as a whole, the papers focus particularly on how those caught within different levels of this broader framework of labour coercion worked to exploit those ambiguities to their own advantage and how their practices influenced and shaped the historical trajectories of coercive labour relations in Nordic history. 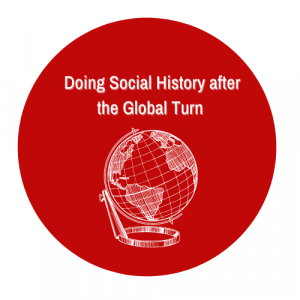 Labour and Coercion. Doing Social History after the Global Turn

Past & Present Supplement, edited by Juliane Schiel and Johan Heinsen

This Past & Present supplement intends to outpace the self-referential frame of global (labour) history and to stimulate a discussion on the way we do social history after the global turn. For this, it suggests a transversal mode of writing histories of work crisscrossing epochal and geographical borders in historiography. Instead of “challenging” the political distinction between productive and unproductive labour and its consequences for the modern statistics of population and the GDP; instead of “decentering” the intellectual differentiation between capitalist and pre-capitalist societies and its effects for our understanding of market and economy; and instead of “provincialising” the historiographical binary between colonial and pre-colonial and the juridical dichotomy between free and unfree embedded into colonial and post-colonial laws: this supplement proposes to study labour relations in their broader social constellations through the lens of coercion.

Coercion – not as a pre-defined set of characteristics associated with specific forms labelled as “coerced labour” but as a perspective on phenomena that can be found in all of the settings outlined above: in the household as well as on the labour market, in ancient and medieval as well as in modern societies, in global as well as in European contexts. Thus, this supplement suggests to think of coercion as an open-ended process potentially belonging to any labour relation across the globe but manifesting differently depending on the political imperatives, economic needs, social power relations, emotional forms of pressure and personal constellations in which it unfolds.

The planned supplement showcases in a series of articles how a transversal approach to labour and social history can reveal coercive patterns in power relations cutting across time periods and geographical regions, and how empirically grounded case studies on situations and logics of coercion can help to overcome the deconstructive mode of writing histories of work by suggesting a more inventive way of linking sites and fields of coercion.